And we’re finally ready for the big reveal.

What started as a seemingly uncomplicated project – our plan to add inline previews for a wider array of document formats – quickly transmogrified into an unbridled quest to meticulously re-engineer virtually every facet of the Sync web panel. Making it what can only be described as the:

Unrelated to the original objective of adding document previews, almost every web panel feature now tastes fresher, crisper and juicier. Some might call it scope creep. We’re calling it epic scope creep with a cherry on top.

New and improved breadcrumb navigation ensures that you’ll no longer get lost while traversing deep down a folder tree.

A redesigned menu system enhances usability, as context menus are no longer hidden behind the oh-so unintuitive “right-click”. Rather, select one or more files or folders, and your menu is served to you on a silver platter. Intuitive menu labels and all.

The new grid view mode makes browsing your image heavy folders an absolute pleasure. A shoutout to the friendly folks in Bonavista Newfoundland, Canada. Your colourful countryside is amazing! 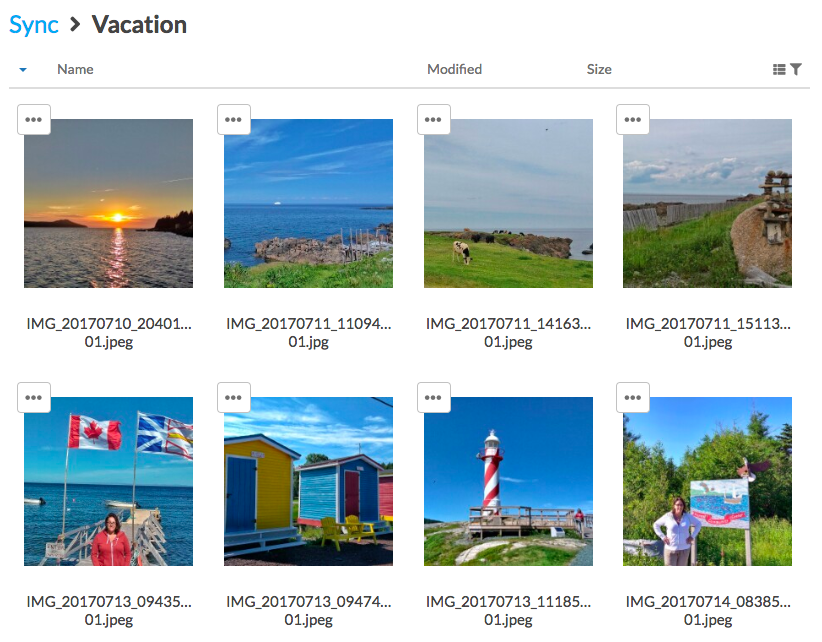 Deleted file recovery has been simplified, in a reducing clutter in your closet kind of way. You no longer have to laboriously scroll through a protracted list of active files, just to locate that pesky deleted one.

File version history gets re-baked, to really support unlimited versions. No more waiting forever when you’ve made a thousand modifications, and then want to revert back to the very first revision.

Shared folders and links have both been given subtle improvements. For example, the user interface accommodates more users on team shared folders, and you can copy to clipboard any link. Dig in to these features, as there’s a whole lot more …

We’ve also brought order to the chaos that was your account settings. You can finally see how much data you’ve got stored in the Vault. The security settings tab shows the current status of everything. And we’ve re-organized all of it to create a relaxing state of bliss.

It should also be mentioned that under-the-hood we’ve migrated the web panel code base to the latest version of Angular. What was previously AngularJS is now Angular, and our developers tell us that we’ve basically gone from supersonic to hypersonic.

At long last, we get to the pièce de résistance: enhanced document preview support. 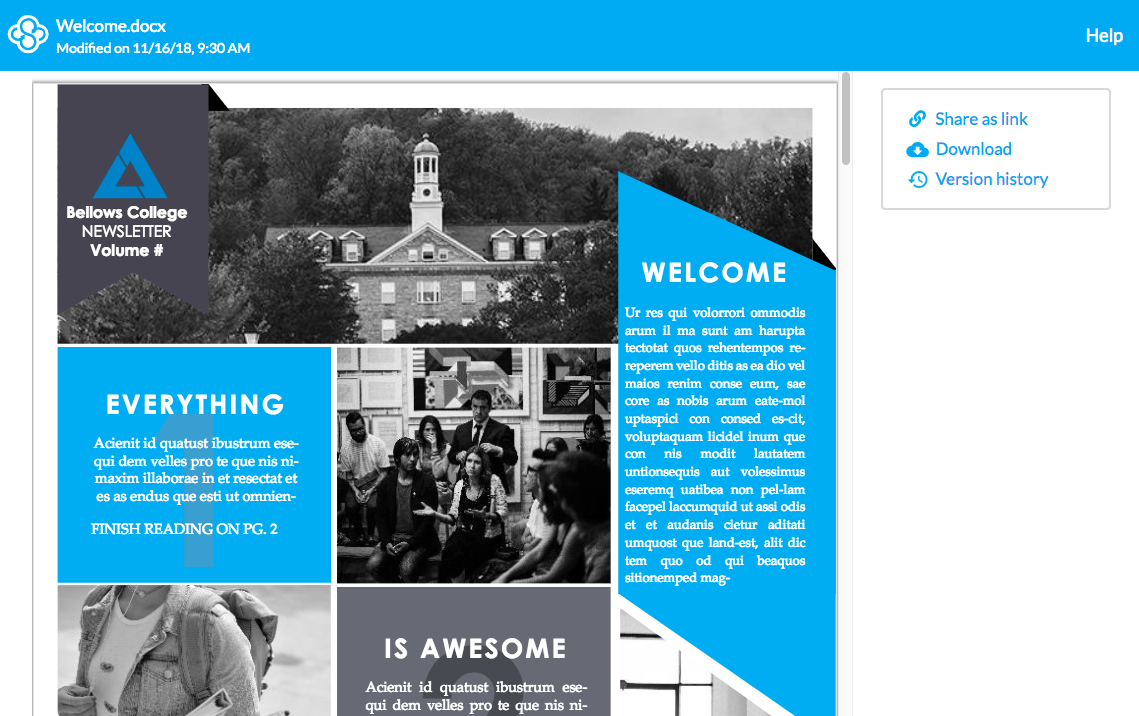 Up until now, document previews within the web panel were limited to PDF, TXT, GIF, JPG, PNG and SVG. A respectable set of file types to be sure, but quite paltry in comparison to the most popular document formats Sync users typically store and share.

In layman’s terms, this covers virtually every Microsoft Office document format, an expanded set of image and CAD formats, and a bunch of eclectic, lesser appreciated file types that we’ve never really heard of before.

Even better, document previews also extend to link sharing, making it much easier for the recipients of your links to preview the files you are sharing, directly from their web browsers.

Even better than better, when sharing with links you can restrict downloading on any of these file formats. True preview only sharing at long last!

Document previews are automatically enabled on the Business Solo and Business Pro plans, and all of the other aforementioned enhancements are available to every Sync user. Upgrade today.