‘The Office’ In Sync: How Dunder Mifflin Could Have Benefited From The Cloud 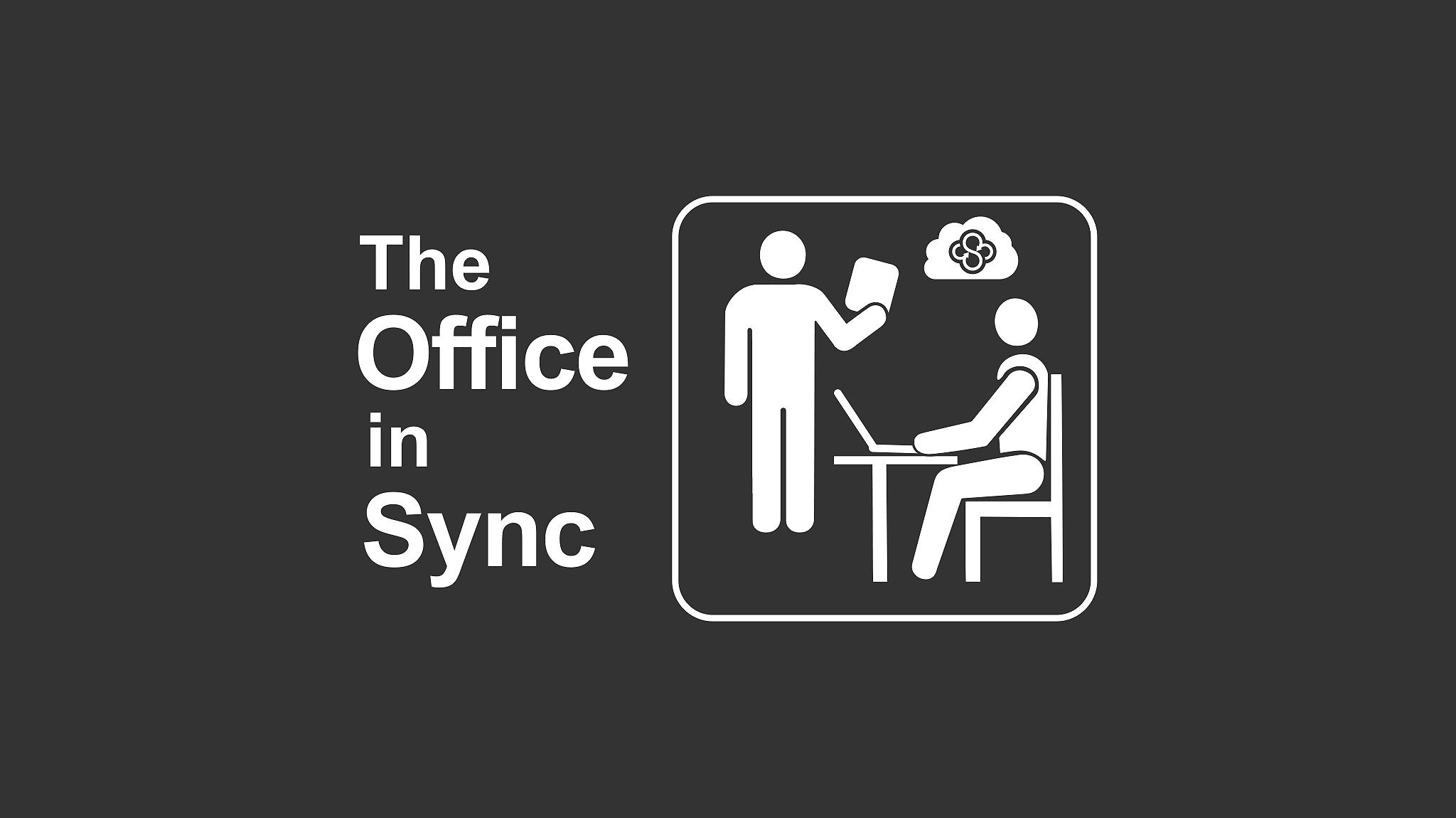 Michael Scott once described an office as “a place to live life to the fullest, to the max,” yet we know that Dunder Mifflin was not really doing anything to the max…other than chaos, maybe. In the hit NBC TV show The Office, which ran from 2005 to 2013, the fictional organization Dunder Mifflin Paper Company, and more specifically its Scranton branch, was not ahead of its time or very productive, though its cliché characters mixed with sitcom craziness made for incredible comedy and relatable themes as the employees went about their jobs providing Scranton with its paper needs.

But what if Dunder Mifflin had been ahead of its time? Cloud tech didn’t really exist in the corporate world in 2005, but hypothetically, what if it did? Businesses all over the world today are using Sync to modernize their workflows and get work done. Here’s how Dunder Mifflin could have used Sync to overcome that chaos to achieve workplace productivity and harmony to the max. Reboots are all the rage these days, so if NBC or Peacock are looking for ways to revitalize The Office, we’re happy to consult. 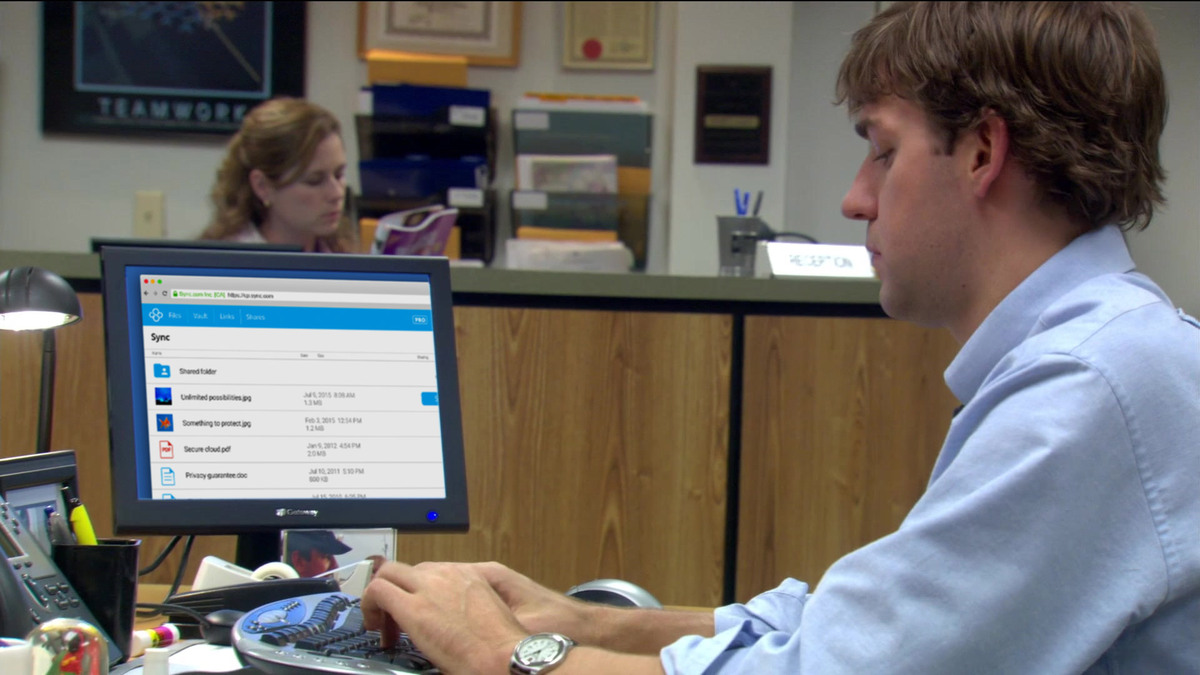 Collaboration is key in any functioning workplace, yet Dunder Mifflin didn’t have efficient methods of doing so. From faxes to notices posted on a wall, their early 21st century ways of communication and teamwork led to slower processes and worse, conflict. When Angela Martin in Accounting forgets to send tax reports to corporate, Dwight Shrute volunteers to drive them over, making him late for work and raising suspicion throughout the branch. With Sync, that fiasco could have been avoided as Angela could have easily sent the reports through a link or uploaded them to a shared folder. There would have been no rushing, no waiting for snail mail, and no worry about unsafe email attachments.

It would have been so straightforward for the Scranton branch to handle the merger with Stamford in season 3 and the subsequent employee turnover if they had Sync, as all the account files and documents would have been there in the cloud for easy access and transfer. In season 9, Jim Halpert wouldn’t have had to constantly go between Scranton and Philly while working on Athlead because he could have collaborated with his teammates from anywhere any time.

“The people that you work with are, when you get down to it, your very best friends,” said Michael Scott, but not everyone at Dunder Mifflin were best friends. How could Sync have helped? Being able to share easily would have allowed the Scranton team to build rapport and celebrate more wins, perhaps strengthening their friendships. With Michael sending branch reports to David Wallace at corporate instantly, the Accounting department receiving numbers from Sales on demand, and the Party Planning Committee sharing ideas, receipts, and invitations with team folders, the Scranton branch would have surely been more productive, and in the process, become better friends. Maybe then more of them would have attended Pam’s art show…

Dwight declares at one point that “security in this office park is a joke,” and while he was talking about the parking lot and the outer perimeter, security on the inside of the building was not great either. With the security of the cloud, Michael wouldn’t have been able to so easily steal complaint files from HR rep Toby Flenderson’s desk in the same episode and read them out loud, causing chaos. Sensitive and private information like those complaint files should have been kept secure by Toby, which is easy to do with Sync.

Michael was also the victim of theft later in the show when Dwight steals his Rolodex of clients and info from the Michael Scott Paper Company. Again, had cloud security been utilized for important data, Michael’s contacts would have been safe. These two instances prove that a functioning office needs to make data protection a priority. Because proper security isn’t a joke (nor is identity theft).

Sometimes you need to protect not from coworkers, but from simple human error. When corporate sends new leads through the mail, Michael decides instead of giving them to the salespeople, he’d pass them to others in the company, creating a hectic scavenger hunt that ends in a few of those leads getting sent to the dump. With the cloud, all that data could have been automatically backed up, and easily restored, even if it ended up in the virtual or literal trash. Sync can’t stop an inventive boss from creating a scavenger hunt but can ensure that scavenger hunts end well. 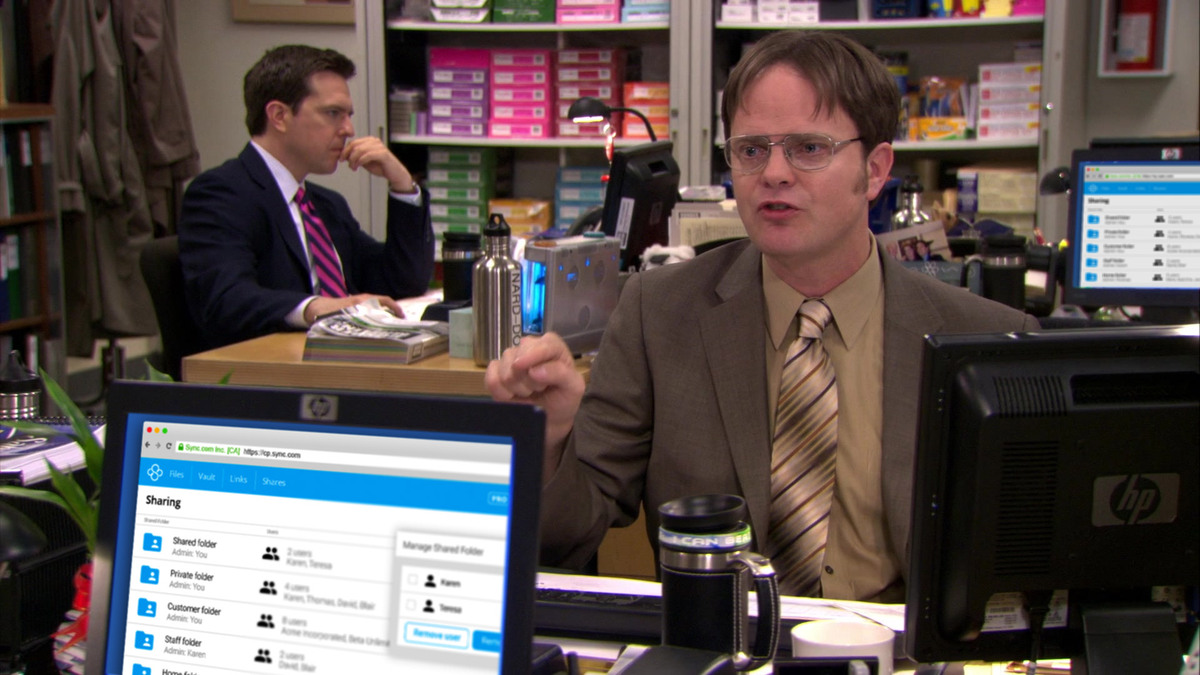 As entertaining as some of the famous Michael meetings were to watch (Prison Mike is iconic!), it’s understandable that the team didn’t love sitting through them as they were inefficient and lengthy. Sync would have allowed for everyone to be better connected, reducing the need for tumultuous meetings. Furthermore, using Sync would have increased productivity in other areas. The sales team could have sent clients contracts and info without having to meet in person, and Pam wouldn’t have had to constantly be photocopying sales reports and other documents for the whole branch (this ironically cuts back on paper/printing costs too).

“Why are you the way that you are?” Sync will help you be better.

The Office was a product of its time. We saw in season 4 how Dunder Mifflin was late getting a website that could handle receiving orders and how the Scranton branch lost several large clients because of it. Michael says in that episode that “people will never be replaced by machines. In the end, life and business are about human connections,” which is very true and a good way to look at technology in the workplace. The cloud is simple to use and enhances potential and productivity. It allows for connection with coworkers and clients no matter where people are in the world, and it ensures safety by encrypting files and personal information.

Dunder Mifflin would have been a much more cohesive and modern business had it utilized the cloud. The show is long over so it’s too late for them, but it’s not too late for your organization or team. While you may not have the same issues and day-to-day chaos as seen in The Office, Sync can still elevate your workflows and ensure your team is effective and productive. We just can’t help you prank your coworkers. You’ll need to get your own Jell-O for that.